Run Hub’s training program for the EWEB Run to Stay Warm is in its third year and has nearly 50 athletes preparing for the half marathon or 10K. This year, Run Hub employee Katie Fitch and former Olympic runner Ian Dobson are coaching the team. Both are great coaches who bring unique skills and perspectives to this comprehensive program. 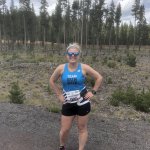 Katie is a PhD student in the Education Studies Department at the University of Oregon. She started competing as a distance swimmer and later learned her endurance transferred well to running. She has run numerous half marathons, seven marathons and one full Ironman Triathlon. 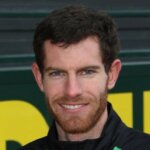 Ian is the assistant race director for the Eugene Marathon. He has coached elite athletes as part of Team Run Eugene and the Oregon Track Club. Prior to his coaching career, he ran the 5,000 meters at Stanford University and competed in the 5,000 meters in the 2008 Olympics in Beijing.

Get to know Katie and Ian:

As someone who has participated in a Run Hub training program before, what have you learned from being a coach?

Katie: I have learned a lot about supporting others in reaching their goals. It’s the first time I have written training plans for people so I am learning how important it is to check in with runners and see what is and is not working for them on a weekly basis. Adjusting and adapting training to meet people’s schedules is important to people being successful.

Why do you like coaching the everyday athlete? How is it different from coaching an Olympic hopeful?

Ian: Coaching everyday athletes is different in a number of ways. First of all, they’re juggling careers and families in a way that most “Olympic hopeful” athletes aren’t. The goals for everyday athletes are usually very personal and may not always be tied to race performance. The actual workouts are not as different between the two groups as one might think; obviously some people are running faster than others, but the volume of workouts and long runs are quite similar.

How do Ian’s strengths as a coach complement your strengths?

Katie: I grew up as a competitive swimmer and not a competitive runner so I appreciate Ian’s knowledge that he brings as a former elite runner and coach of elite runners. I am thankful also for Ian’s knowledge about writing a good series of Tuesday night interval workouts for the group. I know interval workouts are important, but with this being my first time formally coaching it was nice that he could take the lead on this portion of the training program.

How do Katie’s strengths as a coach complement your strengths?

Ian: I think Katie and I have similar strengths, especially in that we both really like connecting with people. She’s so good at getting in front of the group and communicating information and she’s much better than me at knowing what people will need to know on any given day.

What do you hope each of the training team participants take away from the program?

Katie: I hope they take away new friendships and training partners, the joy of working hard as a team, and the knowledge that they can run faster than they thought they could when they started the program!

What’s something the everyday athlete could learn from an Olympic runner, and vice versa?

Ian: The thing that the everyday athlete could learn from people competing at the highest level is to be intentional about each day. Anyone competing at the Olympic level is going to be very dialed in on what the purpose of each training session is and the difference between their easy days and hard days is big. I think the thing that an elite level athlete could learn from every day athletes is the sense of perspective that comes from having a job, kids, etc. Running is important, but no matter what level a person is at, there are more important things.

How does your experience as a runner influence how you coach? What expertise do you bring to the program?

Katie: I have been successful in my own swim and run training and racing at maintaining energy and pace throughout a long run or swim. I think my own success allows me to coach runners through how to plan a race and train so you don’t hit a wall at the end. I also know the importance of getting uncomfortable during training and doing speed work even if it isn’t what you like in helping you maintain pace for longer periods of time on long runs. I can also bring advice to runners about what is important to push through and when it is okay to back off and listen to their body.

What’s one thing you’ve learned from coaching that stands out to you?

Ian: One thing I’ve learned is that the athletes who work the hardest aren’t always the ones who have the most success. I grew up with this idea that if you work hard you can accomplish anything, but in running, if you just work hard and don’t take rest and recovery just as seriously, you’ll just end up hurt or tired. Hard work is important, but it’s just not nearly as important as I used to think it is. The discipline to really relax on easy days and back off when something hurts is at least as important as working hard on the hard days.

What has been your favorite part of coaching Team Run Hub so far?

Katie: Getting to know new people and strengthening friendships with runners I already knew. It has been great to see everyone work hard and improve. To see people get stronger and more confident over the training program has been fun to watch.

Ian: My favorite part of coaching Team Run Hub so far is hearing some of the people on the team be surprised at how fast they’re running! Obviously it’s not all about running fast, but to see people exceed their expectations and run paces they didn’t think they were capable of is exciting.