Dustin and Kris Pearce, co-owners of Run Hub Northwest didn’t always plan on opening a running store in Eugene, OR.  But it wasn’t for their lack of love for running.

Dustin and Kris both grew up in Springfield, Missouri and started running at a young age.  Both ran track and cross country throughout high school and college, although didn’t know each other at the time.  The two met while Dustin was going to graduate school for his master’s in teaching and working for a local run store (Ridge Runner Sports).  It’s Kris’ mom who gets credit for setting them up after meeting Dustin through a local running group. 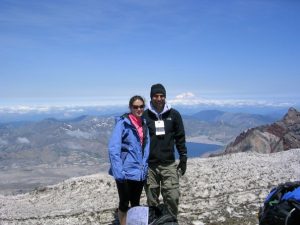 The two married in 2007 and ventured to Oregon for their honeymoon. They had such a good time during their first visit that in 2009 they returned for another two weeks to explore the state even further, venturing to the Gorge, Mt. St. Helens, the Oregon Coast, and Eugene to check out iconic Hayward Field. In fact, Dustin convinced Kris to crawl under the gates of Hayward Field just so they could say they ran a mile on the legendary track.

By 2012, the two were looking for a change in their jobs and location. Originally, talks of moving involved relocating to the suburbs of St. Louis, but soon a discussion about a vacation to Oregon turned into a conversation about a move out west. 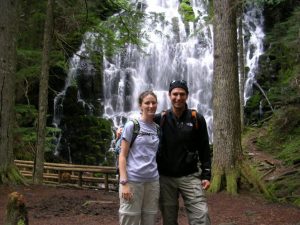 Before long, the job search began with a focus on Portland, Bend and Eugene so they could continue wanderlusting and actually live the Oregon dream. Dustin landed a job at Springfield High School teaching science and serving as assistant coach of the track & field as well as cross country teams during the 2012-2013 school year.

The following year he would teach and coach at McKenzie High School, just about 45 minutes outside Eugene. Kris, a CPA, was soon hired on as a staffing manager at Accountemps in Eugene.

How Run Hub Came to Be

When the two left St. Louis, they also left a community run store, Big River Running Company that seemed to be the hub from which all their friendships stemmed.  Shortly after they moved to Eugene, the two went seeking a running community similar to what they had left behind.  After working in a running store in college, Dustin knew it didn’t get much better than spending your days talking about something you love (running) to others who felt the same way (runners).   It often didn’t feel like “work.” 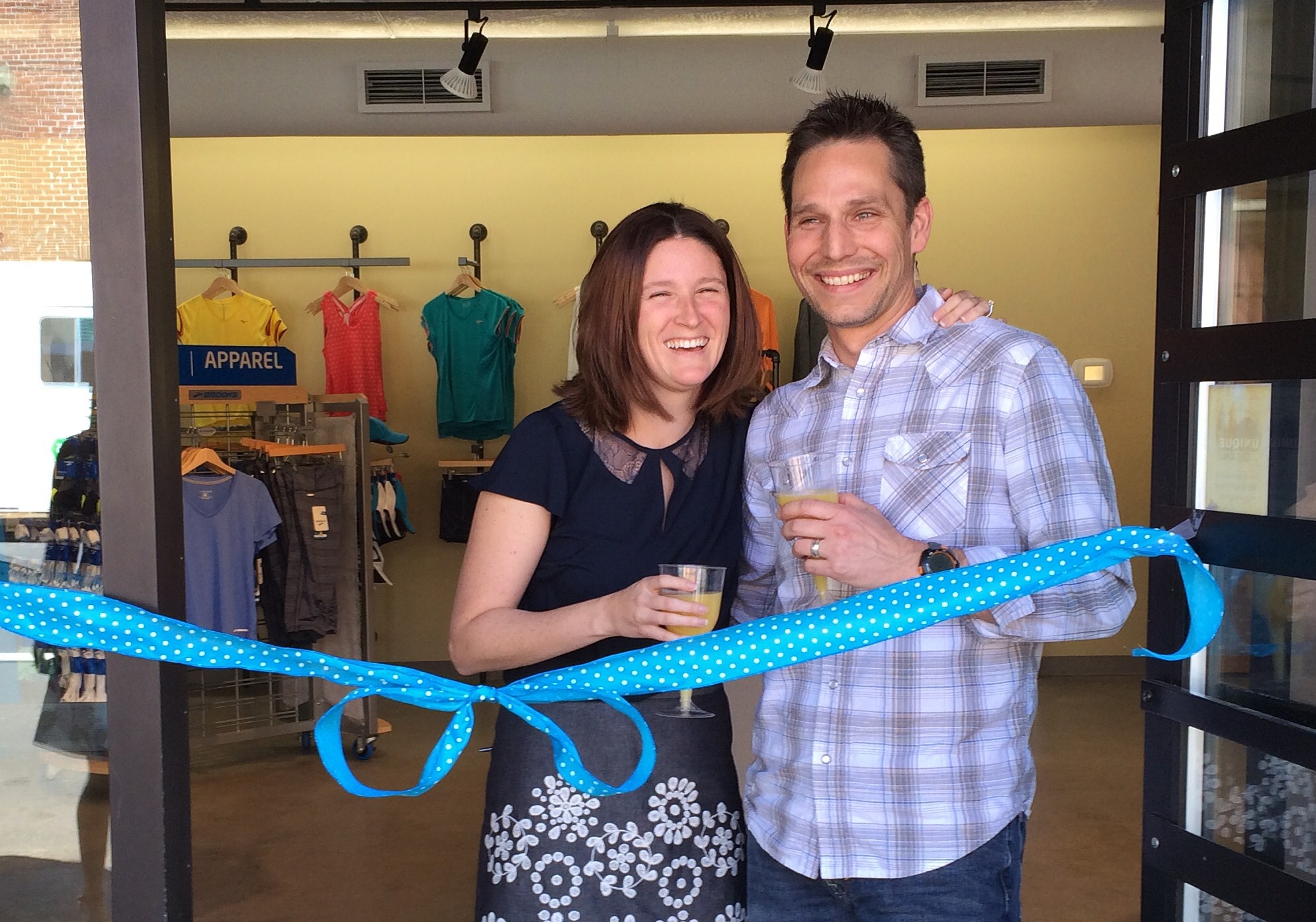 For those reasons, Dustin and Kris started discussing the idea of opening a running store in Eugene focused on building community, providing excellent customer service, and giving back.   In 2014, Dustin opted not to go back to teaching and instead go after their big, crazy dream and open Run Hub Northwest.

Once they found a place to call home for Run Hub, the rest was history and Run Hub officially opened its doors on Friday, May 8, 2015. Meanwhile, Kris still works at Accountemps and maintains the Run Hub books – someone’s got to do it!

You’ll often find Dustin behind the counter or rearranging apparel on the sales floor, but when he’s not at Run Hub, it’s likely he’s out training for the upcoming Cascade Lakes Relay. But he’ll admit his favorite race distance is the mile (ouch).

It’s Dustin and Kris’ dream that Run Hub will be “the Cheers of running stores.” It will be a full service running store fueling your training, recovery, and even social life. It will be the place you call your running home.  Who knows, maybe someday there will be an indoor track or a row of taps at Run Hub?  For now, we’ll settle for a kegerator.

Want to learn more about the owners or the Run Hub staff? Stop by the store or check out our staff page!