Return to Running After Pregnancy

Years before I got pregnant, I knew I’d want to run through my pregnancy (as much as my body would allow). Of course, being the type A, more is better type of personality, I had dreams of running until my due date, but I also knew that it would be unlikely to make it that long.

Well, fast forward to pregnancy and run I did. Surprisingly, by week four my running already started to take a hit. Breathing became much harder due to the increased blood volume my body was dealing with, my pace began to slow, and my ankles felt wobbly on trail runs thanks to the hormone relaxin (whose job, in part, is to help loosen the ligaments in the pelvis and throughout the body).

Slowing down didn’t bother me and eventually I had to switch my running to wogging (walk/jogging) because every mile just felt SO far and exhausting. But by 28 weeks, the bump had grown and it was apparent during my walk/runs that I was beginning to look a bit ridiculous to others too (specifically one day I remember getting a few silly grins and a smile & thumbs up thrown my way). I’m okay with looking silly (hey, running isn’t about looking pretty), but running was also starting to feel less awesome at this point with the additional 20 pounds and belly I was carrying. 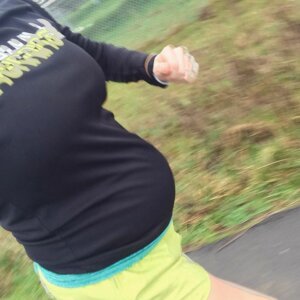 At 30 weeks, I took my last walk/jog in which I alternated walking and jogging every minute for a few miles and I decided it was time to hang up the running until post pregnancy.

Henry was born at exactly 41 weeks and required ~24 hours of labor, including 3 hours of pushing. Holy hell. I’ve run 50Ks and several tough marathons, but labor and delivery was a whole new beast, even with medication. 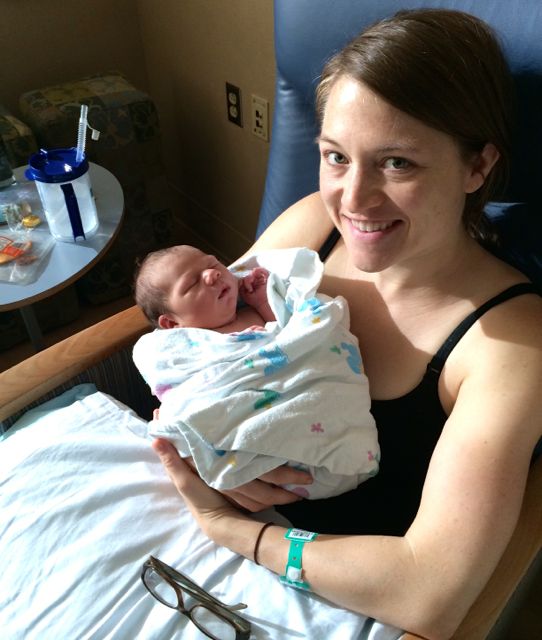 I decided to take the full six weeks off of exercise that is recommended for most women and wait to see what the midwife recommended at my six week check-up. She said things were healing properly and as long as I listened to my body and increased things gradually, I could return to exercising.

Eventually, I did feel good enough to start running again (after several more weeks of just walking and a little yoga stretching). And instead of going out and running 3-4 miles, I wogged starting with alternating :30 walking and :30 running and working my way up, gradually increase my running time over the next several weeks.

I know I used to think that wogging wasn’t “as good” as running, but honestly, I’m over that. Wogging got me back to running without injury, so I’m all for it. Do what works for you. Even if you will forever be a walk/runner, if that means you are getting outside, hitting the trail or pavement, and working your heart, lungs and muscles, more power to you. And as they say, you’re beating all the folks sitting on the couch!

After 3-4 weeks of increasing my running time on my jog/walks, I finally felt strong enough to run for 10 minutes straight. Finally, after five months of minimal, altered or no running, I was blissfully running without the immediate need to stop. Halleluiah. 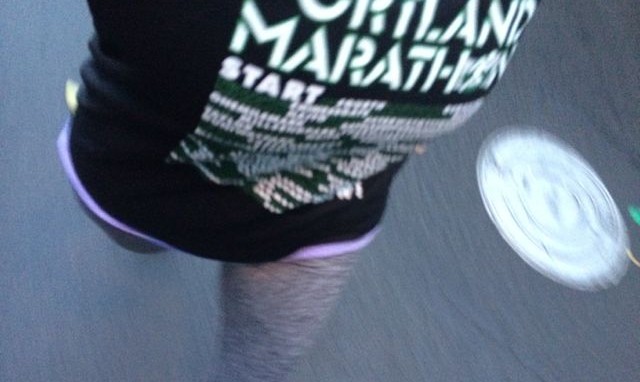 My first “long” run back. Ouch.

Over the years, I have had various injuries (runner’s knee, hamstring strains, plantar faciitis, etc.) that have forced me to take a break from running and slowly return to it, so I knew that feeling of gradually coming back to the run. But never have I taken nearly as much time off running and returned to it so triumphantly.

I’ll admit that my average pace is still much slower than it used to be, but I’m working on that. Every other Thursday (when my husband can take care of the little guy), I’m trying to make it to the Team Run Eugene Flyers community speed workout to really push myself and I’m also trying to get a little uncomfortable on my long runs at times. I also signed up for the EWEB Run to Stay Warm half marathon, so I have that extra reason to get out the door 4-5x a week, even if I’m sleep deprived, it’s raining out and I don’t feel like running.

Have you ever had to take an extended break from running? How did you cope? What did your return to running look like? Who else is running EWEB this year?