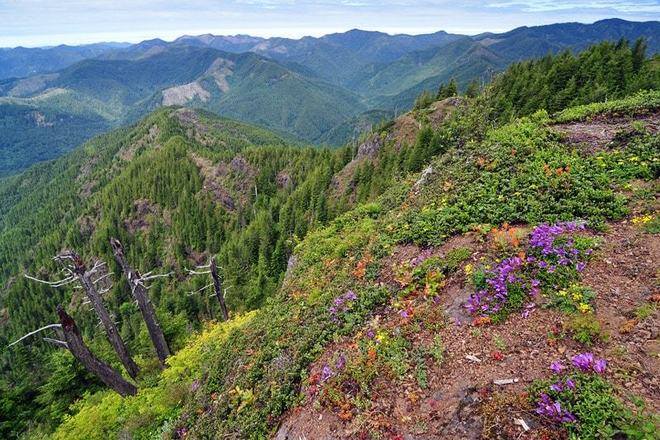 Run Hub NW proudly presents to you a run in the beautiful lush forest of the Tillamook State Forest. We will be carpooling from Run Hub NW at 8:00 AM and will meet at historic Reehers Camp for a 5 mile, 10 mile, and 13 mile option. If this isn’t enough to get you out of bed Chase Coffey from Altra will be demoing the Lone Peaks, Timps, and the Superiors! After the run we will dine at McMenamins Grand Lodge, which is one of the biggest and coolest McMenamins out there!

WANT TO MAKE A WEEKEND OUT OF IT?
If you are free for the weekend, there will be a preview run in the Tillamook State Forest the next day! If one run in the forest wasn’t enough for you, then you can get your fill the next day. 9 AM Sunday. Here is the info for Sunday’s preview run: https://www.facebook.com/events/285232015493459/?active_tab=discussion
This is a bit of a drive, so expect to be gone all day. If you can pull it though, I promise you it will be worth it:)

HISTORY OF THE TRAIL:
If you enjoy reading about the history of the trail you are running on continue reading. If not you can skip this paragraph: The mountainous, temperate Tillamook Rain forest in Northwestern Oregon is steeped in history, most notably, the legendary “Tillamook Burn” forest fires that consumed 355,000 acres of colossal old growth forest from 1933-1951. One of the largest tree replanting campaigns in human history led to the formation of the Tillamook State Forest in 1974. Today, a lush second-growth forest thrives here, offering dozens of miles of exceptional single-track trails for us to enjoy, while showcasing hundreds of massive, emblematic “grey ghost” snags and charred stumps– enduring relics of the vast old growth rain forest that reigned here prior to the Tillamook Burn.

HISTORY OF THE GRAND LODGE MCMENAMINS:
In 1917, plans were developed for the Masonic and Eastern Star Home for the State of Oregon, and construction began in 1920. It was established as a home for elderly and infirm Masons, and began operations in 1922. A smaller building, called the Children’s Cottage, was built in 1926 to house orphans, but the orphanage closed in 1928 after conflict between the children and the elders.

Throughout the 1930’s, the home struggled financially. The building suffered roof damage in 1962 after the Columbus Day Storm. In 1999 the Masons began building new facilities with the intention of moving out of the original Masonic Home and Children’s Cottage. McMenamins began renovations fall 1999, and reopened the building as McMenamins Grand Lodge in March 2000. The building now contains hotel rooms, meeting spaces, and a movie theater.